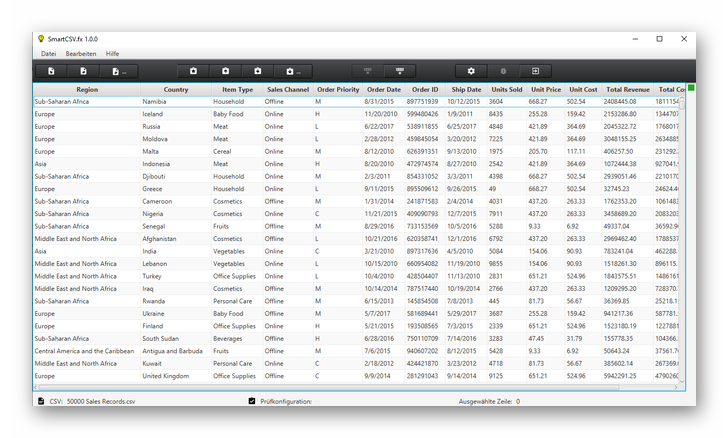 After a long time of inactivity, I managed to release version 1.0.0

A former colleague asked me for a feature for SmartCSV.fx. He needed the ability to set the encoding. I was about to program it, when I saw that I had received a PullRequest that solved the problem.

This motivated me to write two of the outstanding issues on the way to release 1.0.0.

SmartCSV.fx now supports changing the order of columns using drag’n’drop and I created an official logo.