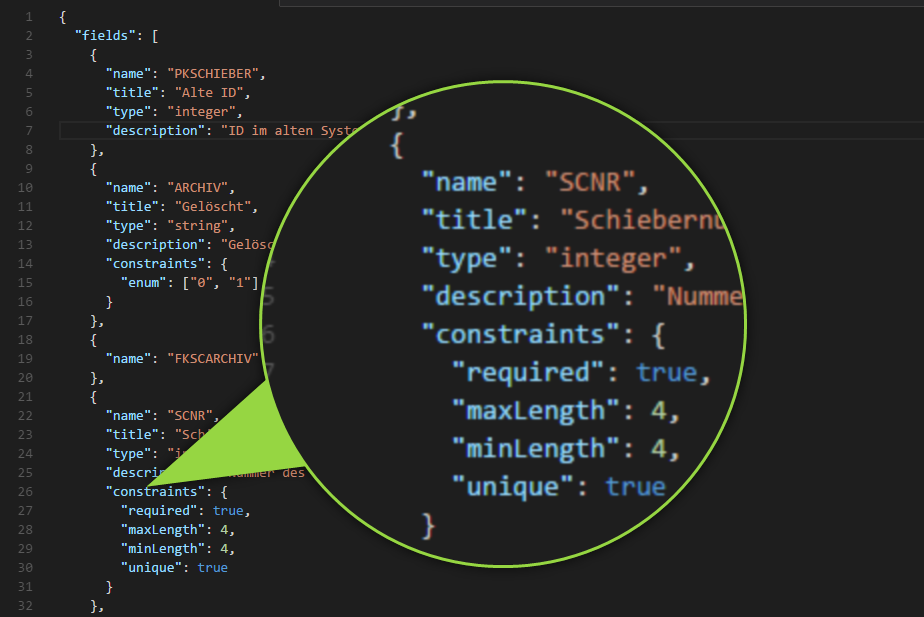 With version 0.8 the application supports a subset of the JSON Table Schema defined by Open Knowledge International.

Dan Fowler draws my attention to the spec of JSON Table Schema.

@frosch95 Hi! Great work! Have you seen our spec for defining a schema in JSON for CSV data? specs.frictionlessdata.io/json-table-sch…

And I noticed that the most of my verification rules were the same as in the spec. So I decided to switch from my own JSON definition to the JSON Table Schema.

Currently I don’t support the complete spec and there are some assumption made, as the configuration is case-sensitive at the moment.

And I support only the types that were available in the previous version. This includes the string, integer, number, date, datetime, time. The unsupported types boolean, object, array, duration, geopoint, geojson, any will be added in the future. Also the minimum and maximum constraints are currently not supported.

Missing Values, Rich Field Types, Primary Key and Foreign Keys are more complex and this will take longer to support them.

For further information about the configuration visit the wiki documentation. 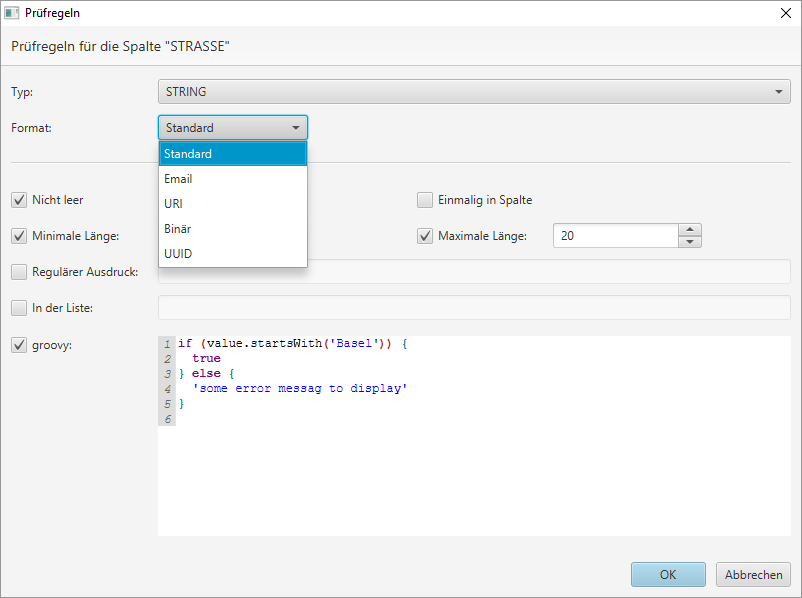 With the new configuration, I reworked the dialog to edit the verification rules.

To make the deployment easier, I included FXLauncher in the project, which is a excellent piece of software written by Edvin Syse. With that change, each new release will be automatically downloaded, when starting the app.

The FXLauncher jar has a manifest file with the current files on the computer and checks an online version if something has changed. If there are any changes, it downloads the new jars, like webstart, but it works.